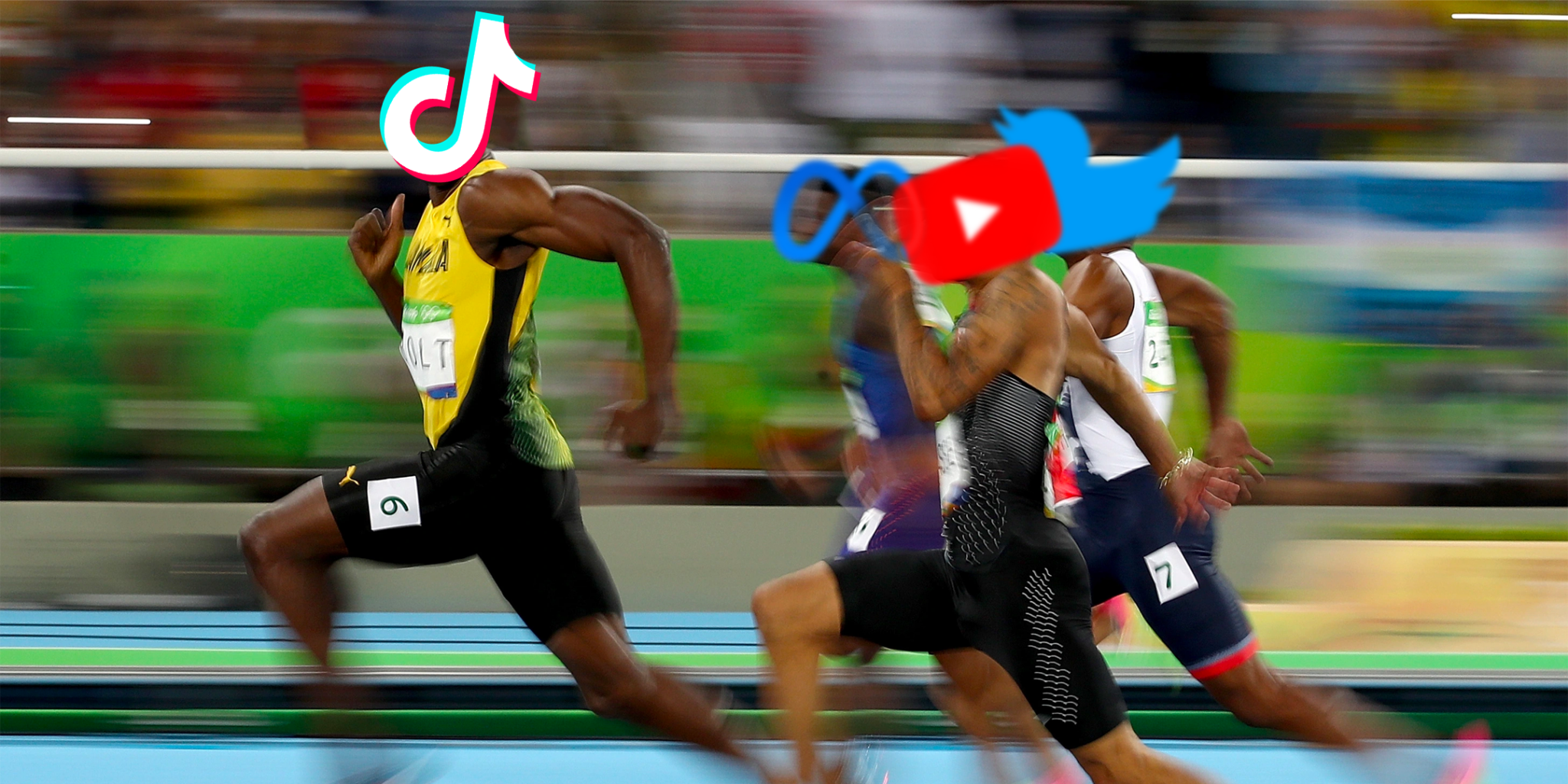 When it comes to viewer engagement, TikTok might as well be Usain Bolt because they are so far ahead of the competition they are smiling across the finish line.

Why? Because TikTok’s algorithm is the best at delivering the right content to the right audience and doing so faster than all its competitors.

To give you an idea of just how far ahead TikTok is, you could give every other app on the market an 8-hour handicap to the total number of hours the average user spends on that app, and even with the pre-COVID workday head start, second place (a.k.a. Facebook) would still be over an hour behind TikTok.

This ability to keep users engaged and coming back is unheard of, which benefits the platform’s growth and its creators looking to find success. To fully take advantage of what TikTok has to offer, you need to understand what makes the TikTok algorithm so damn good.

No One Has the Secret Sauce

Before we get into a two thousand-word article where we sarcastically lay out what makes TikTok such a transfixing platform, it would be disingenuous for us (or anyone) to say that we have cracked the formula for success on the platform. Because here’s the thing: no one has.

The reality of TikTok (and to an extent, all video platforms) is that what makes a video successful is as subjective as finding a significant other. The attributes that make up your ideal soulmate don’t come down to one physical trait or internal quality. Instead, you end up with a complex set of preferences that are nonsensical to someone else. 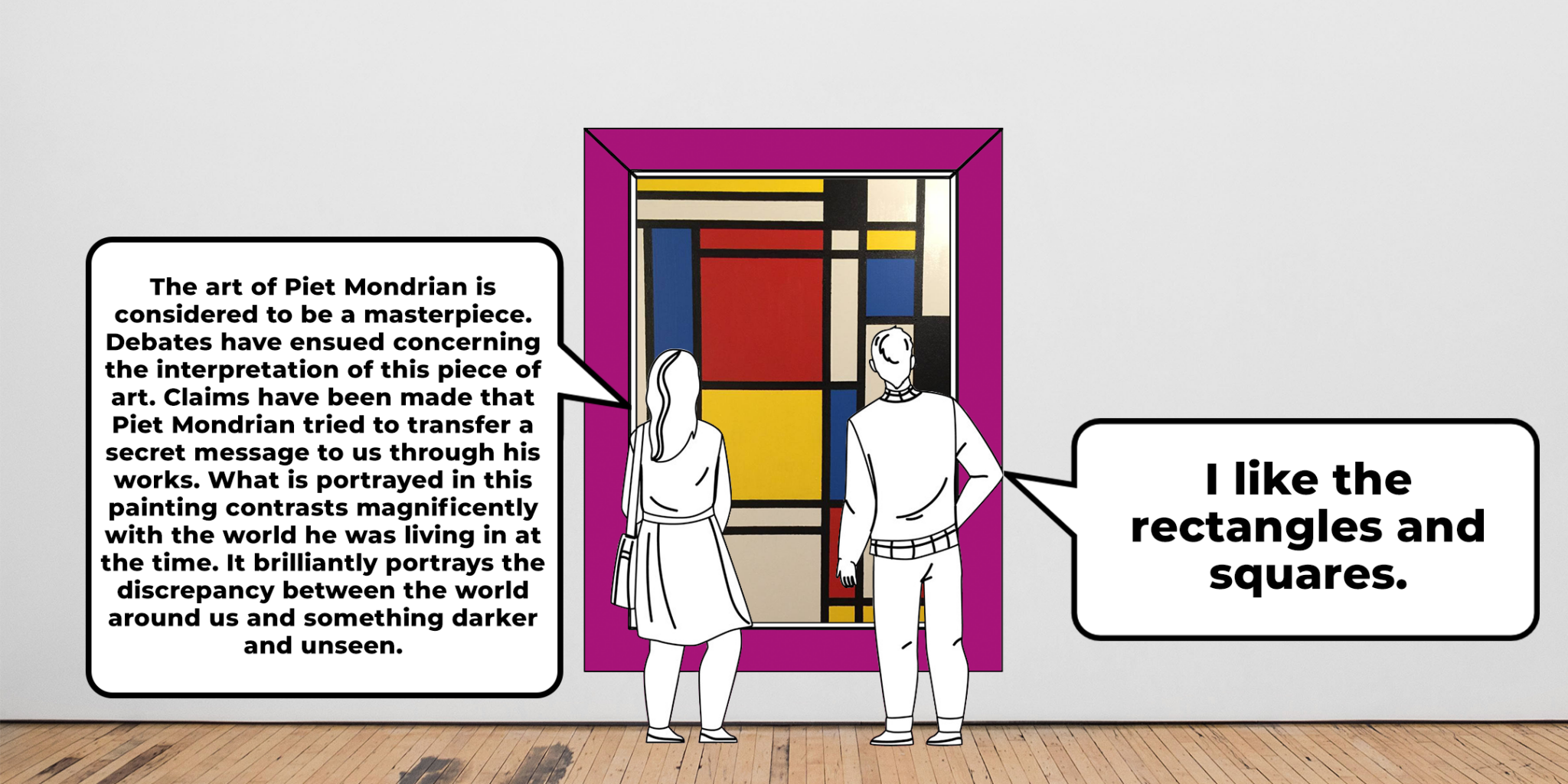 Some attributes or personality traits appeal to broader audiences than others. When you’re given an opportunity to broadcast whatever you want to an exponentially growing audience, the opportunities to find others who share your beliefs and sensibilities are plentiful.

Understanding the For You Page

The For You Page (us hip youngsters like to call it the FYP) is like the bad boy in any romance film or that midnight piece of triple chocolate cake you swore to yourself you wouldn’t have. Yes, there’s a lot to love about them, but they are also unhealthy and should only be enjoyed in moderation — and never after 9 P.M..

What makes the FYP so effective (and potentially harmful) is how good it is at learning who you are and what content it needs to serve to keep you scrolling. The TikTok algorithm is similar to many others in that it places serious weight on how users interact on the platform. The more you use TikTok, the larger the data pool will be; eventually, the FYP may know you better than you know yourself. 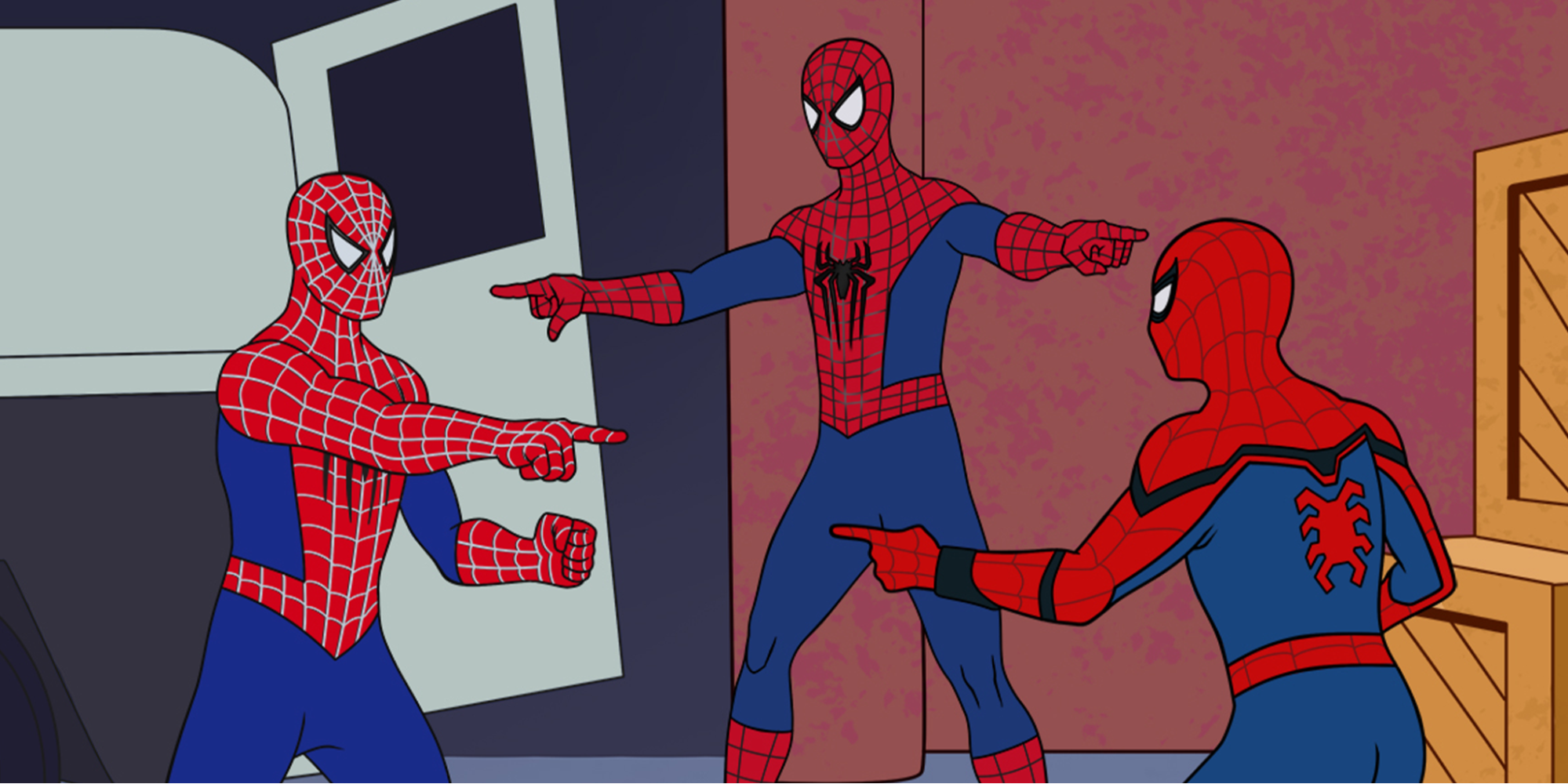 It is a living, breathing organism that was created by you, and its sole purpose is to use the data it has on you to predict what you want to see next. Logically, the FYP should be as precise as possible. If every video you watch is incrementally better than the next, that is a net gain for consumers. It’s exactly what you want from TikTok.

(The next time your cousin says TikTok’s algorithm is broken because of “all the naked, dancing girls” — you’ll know — it ain’t broken.)

Understanding how the algorithm collects information and categorizes it is one of the biggest steps you can take toward leveraging it to your advantage. There are dozens of variables being considered:

This information is compiled and analyzed to better understand a few different triggers:

The more the algorithm understands you, the better it is at answering those questions and serving you the next piece of content that keeps you coming back. In fact, you can often find user comments on videos along the lines of “commenting so that the algorithm brings me back for part two.”

One of the things ByteDance so ingeniously did was make the FYP the main hub of the platform. For example, on YouTube somewhere in the range of 70-75% of views come from the recommendation engine, or those videos featured on the sides of your current viewing and on the recommended page.

On TikTok, 90-95% of all views are from the FYP. That’s a whole lot of data and time to figure out how to keep you hooked.

The other decision that made TikTok a favorite among creators is that it interprets your consumption of content differently than its competition. Overall, TikTok does not base recommendations on follower count or a history of previous high-performing videos. This allows new users to grow an audience and find the same level of success as established creators. It’s an even playing field. 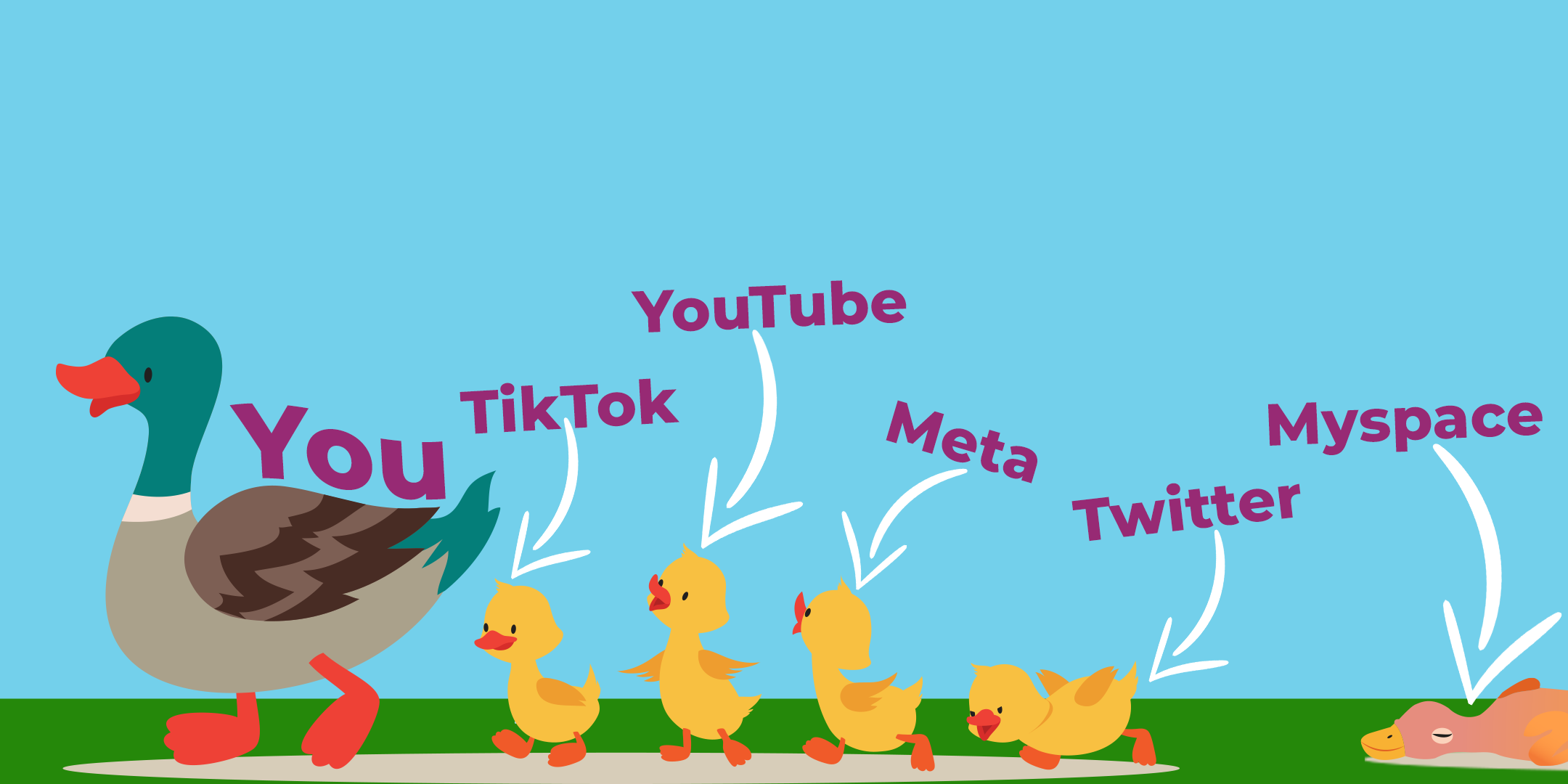 This combination and optimization of data collection and redistribution is the mechanism that keeps TikTok ahead of the flock. Knowing your experience directly correlates to your actions, you can manipulate the system into giving you the experience you want.

In other words, expand the portfolio of content and creators you engage with, and the FYP will quickly implement the new interests.

Manipulating the For You Page to Your Advantage

Once you understand how to take control, you’re in a powerful position to let the platform go to work for you. Use it to find inspiration or other like-minded people to connect with.

Are you looking for a local influencer to represent your business? Searching local tags like #socalinfluencer is a great place to start, and after engaging with one or two, it won’t be long before you’re introduced to similar users you never would have found otherwise.

How the TikTok Algorithm Influences the World

Now, this is all well and good, but if you are anything like we were doing high school math homework, the burning question you probably have is, “When am I ever going to use this in real life, Dad?”

Our motto as Incredi-parents is that honesty is the best policy. We’d sit you down, hand you a freshly baked chocolate chip cookie, and have a meta-physical conversation with you about how the line between “real” and “online” has eroded. The relationship between physical and digital reality is symbiotic. 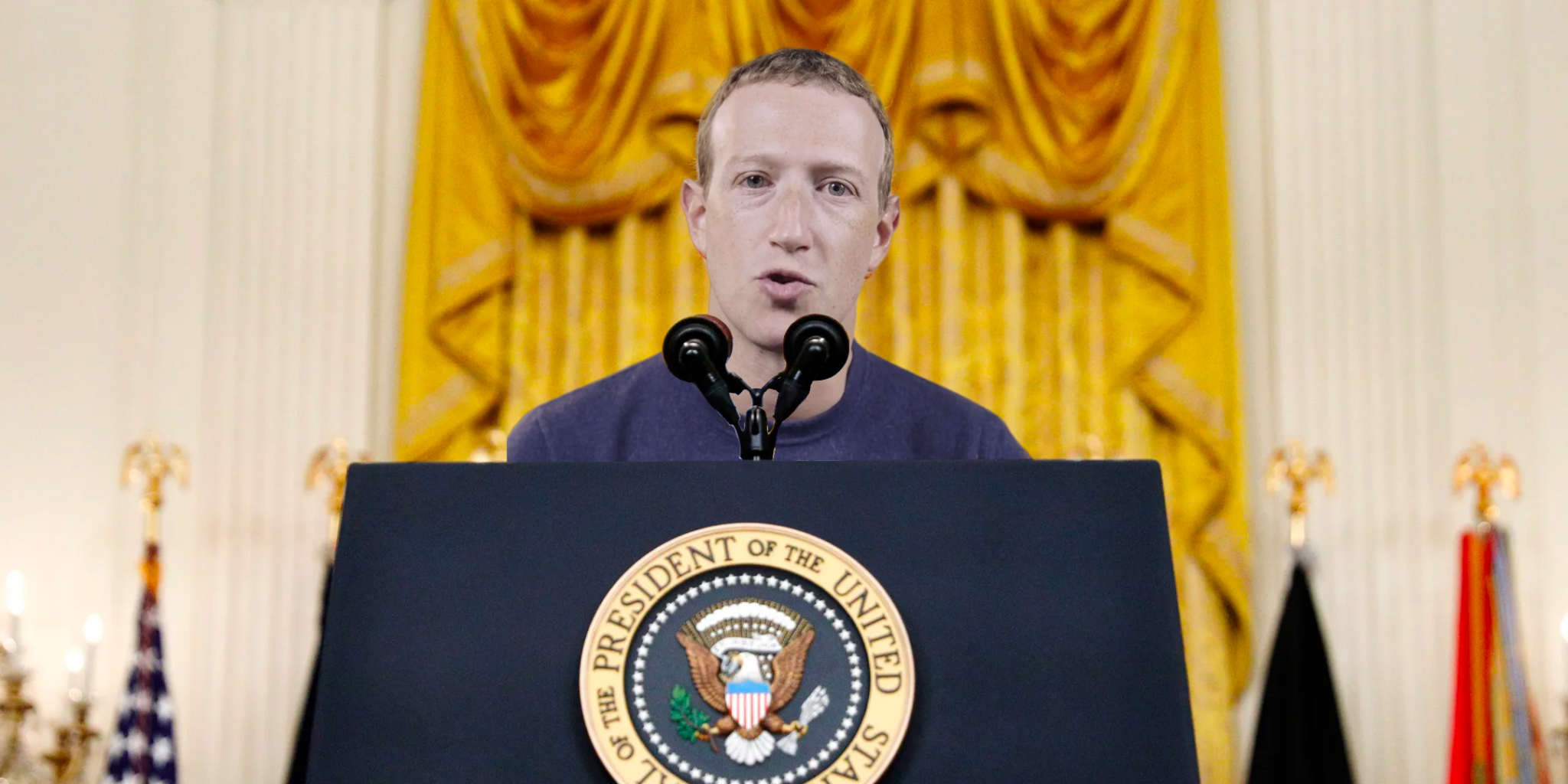 One day, Mark Zuckerberg will take over the world and likely rename it something like Meta World. Until then, the digital and physical world, as cringe as that sounds, is in a reactionary relationship where whatever happens on one quickly affects the other.

We’ve spent the last three years figuring out how to make the digital landscape as natural and unhindered as possible. It’s no surprise that we’re seeing the real and the digital blending. The results aren’t always harmonious or predictable, which made for some bewildering shortages and hilarious trends we would have never seen coming.

We think you’d be surprised to know just how much influence and power you have in the palm of your hand. That might sound hyperbolic, but you don’t even have to use TikTok to see how much of an impact it has.

This image composite was partly generated by Midjourney.

If you enjoy music, you’ve been on the receiving end of TikTok influence. In 2021 alone, 175 songs that trended on TikTok also charted on the Billboard Hot 100. You may think that the music charted and then made its way into TikTok, but that isn’t always the case: 73% of users associate specific charting songs with TikTok.

The users agree that music was always at the heart of TikTok culture. 88% of users believe that music is critical to what makes TikTok unique, and during TikTok’s analyses of the content on its platform, it found that 93% of the top-performing videos used audio.

Artists like Olivia Rodrigo, Glass Animals and Tai Verdes have developed successful careers largely thanks to the TikTok audience. With so much influence, even marketing executives at major record labels have taken notice. (BTW — if you aren’t a Glass Animals fan, what the hell’s wrong with you?)

Last spring, Martinelli’s Apple Juice sold out across the US when TikTokers — including Lizzo — posted videos of themselves biting into the plastic bottle of the beverage. People spent real-world dollars because biting the plastic sounded like crunching into a real apple. Just take that in for a second…

This was one of those, “If aliens were watching us, what do you think they’d be saying?” moments.

One of the earliest viral trends to hit the platform was the uunifetapasta movement. Yes, it’s a real word. Legend has it, a Finnish food blogger named Jenni Hayrinen posted a video of herself making uunifetapasta, a Finnish oven-baked pasta recipe, in late 2018.

By mid-February, feta cheese was the number one search term on the Instacart grocery delivery app. Stores across the country were caught off-guard. A representative from Kroger said the following:

“This is the largest and most geographically broad interest and sales increase in a product that I have personally ever seen.”

Another aspect of this that is so remarkable is that it’s mostly high school students and teenagers leading these movements. They might not have much money in their pockets, but they’re still finding ways to influence trends and purchases on and off the platform.

As of August 29, 2022, the Pink Sauce Debacle is still developing. Pink Sauce is a product created and sold by chef Carly Pii. Prior to her first video, she was a private chef in Miami and a mother of two with around 800 followers on TikTok.

Now? She has more than 180,000 followers, 4 million views and an entire brand dedicated to her mysterious Pink Sauce.

The initial release didn’t go smoothly. The egregious rollout was filled with rancid products and misprinted labels. After a run-in with the FDA, it looked to be over for the new brand. But thanks to the influence of millions of TikTok users, Dave’s Gourmet Sauce announced that it will produce Pink Sauce on a commercial scale this fall. 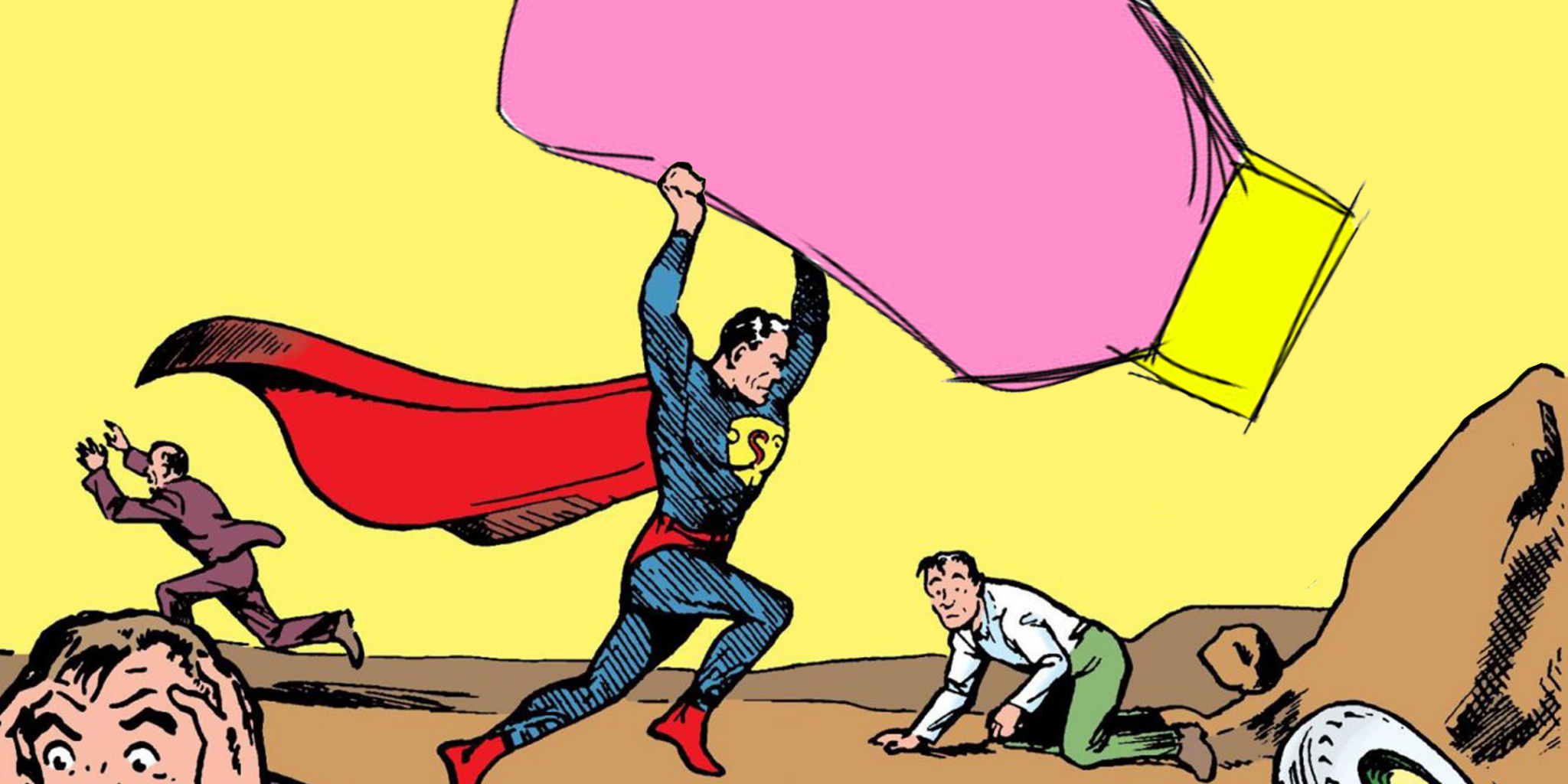 What triggered Dave’s to come in like Superman and save the failing sauce concoction? In the press release Dave’s Gourmet wrote, “The youth of today have their fingers on the pulse of what their contemporaries want but may not have the knowledge, ability or capital to bring a product idea to market quickly, safely and on a large scale.”

The Train Is Leaving… With or Without You

Whether you are a fan of where technology is headed is a moot point when it comes to your marketing.

TikTok is a force to be reckoned with. Their ability to target and present information to relevant audiences is unprecedented, and technology will continue to press forward. Algorithms will get better, and data will continue to power the world economy — even if it is being used to persuade us. It’s something we must excitedly accept or begrudgingly learn to live with.

Technology is only a runaway train when you let it be. When you take the time to educate yourself about the platforms you’re using, you have the opportunity to take back control and even manipulate it to your advantage.

In short, if you put the work in, the thing that makes TikTok tick… is you.

If you need some help navigating the wide world of TikTok, or any social media for that matter, our educators are here to answer any questions you have, anytime, for free. Give us a call at (800) 949-0133 or schedule a one-on-one.

This concludes our four-part series on The TikTok Revolution. If you want to check out any of the earlier parts, click the following links: Part 1, Part 2, Part 3. 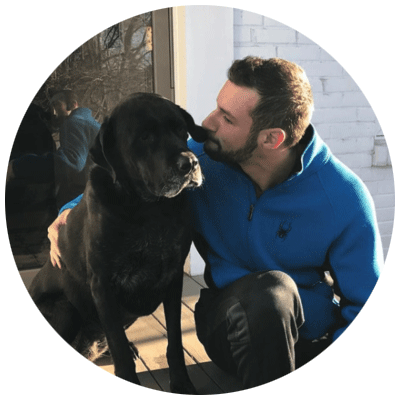 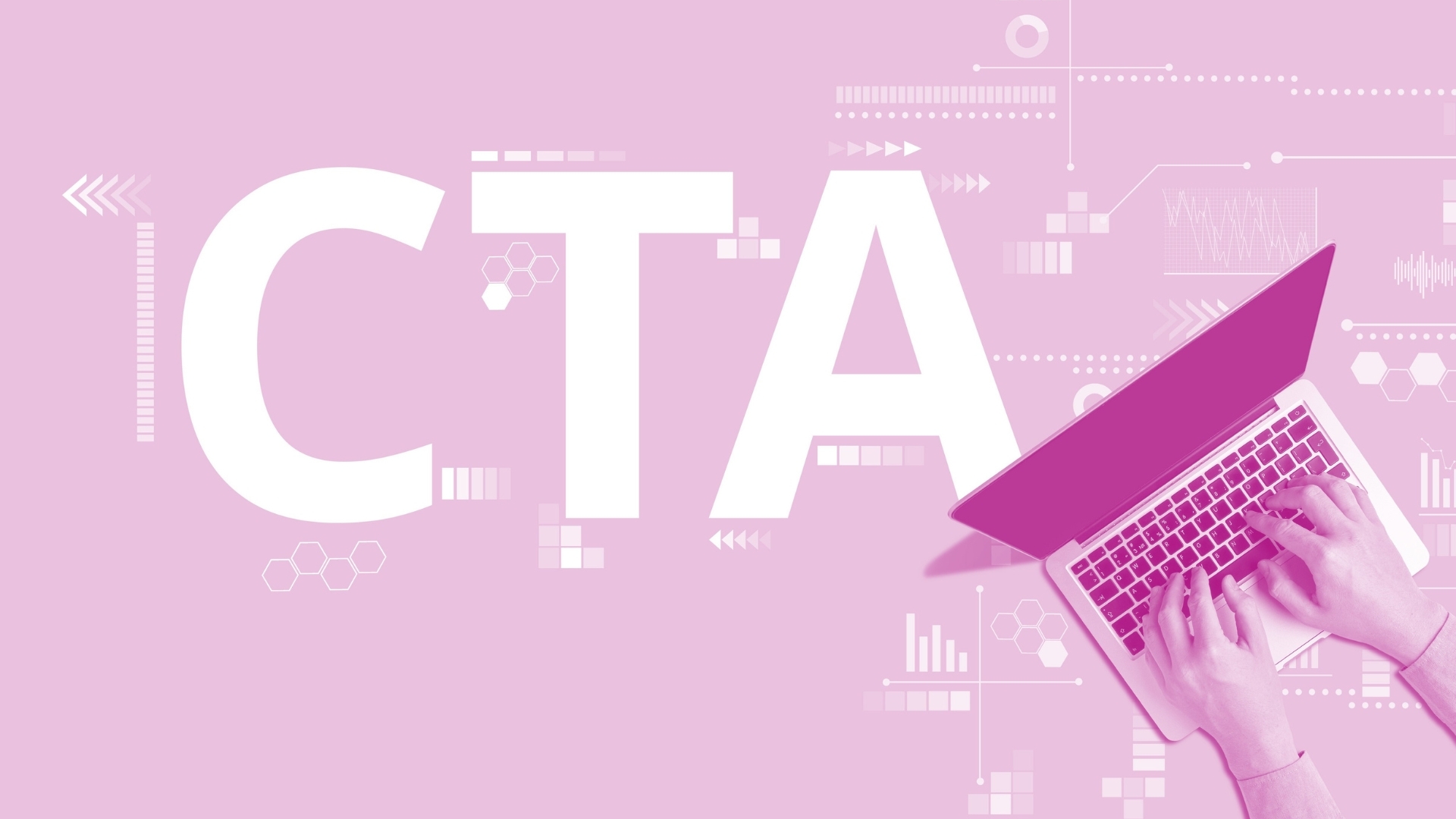 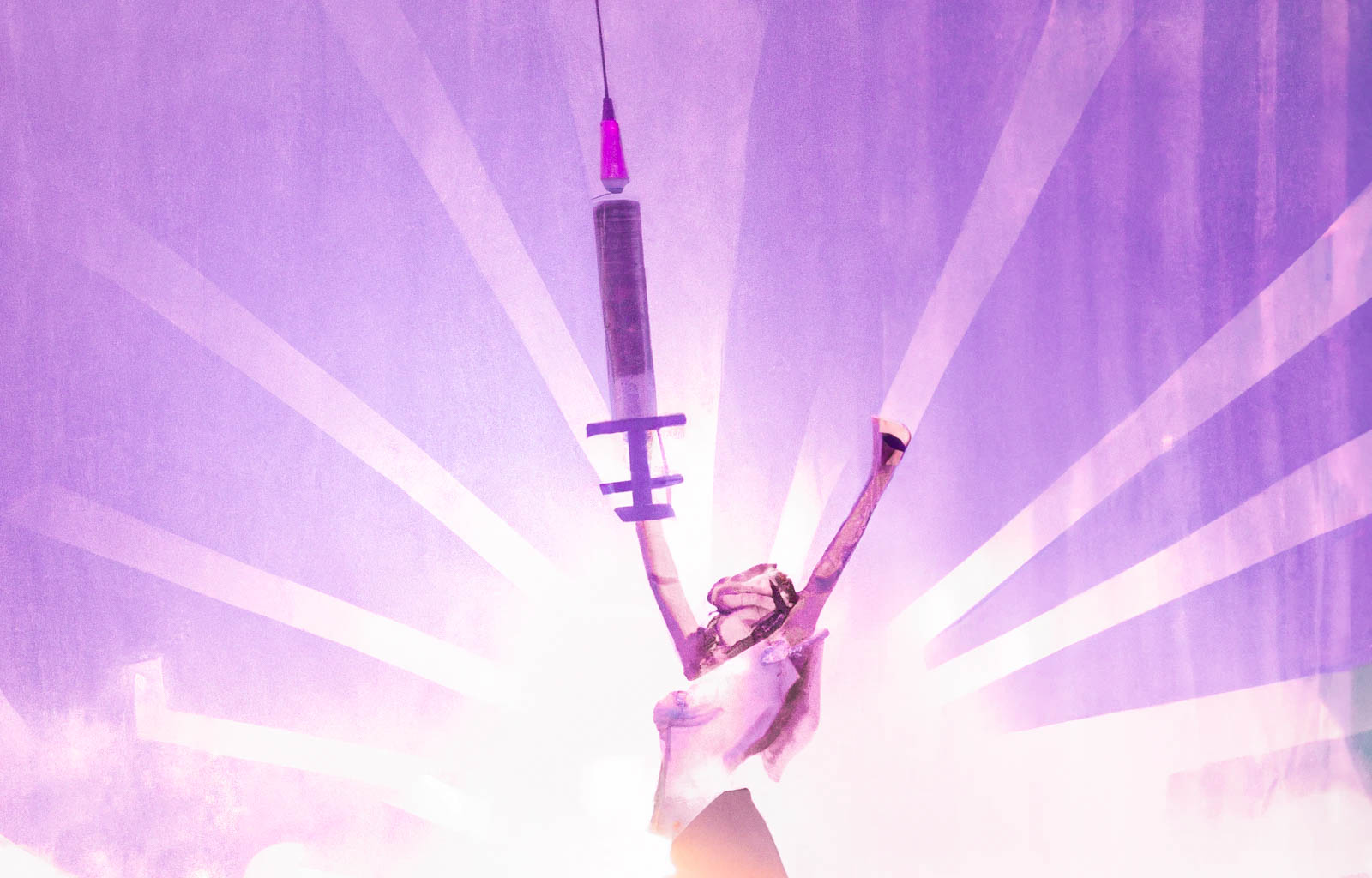 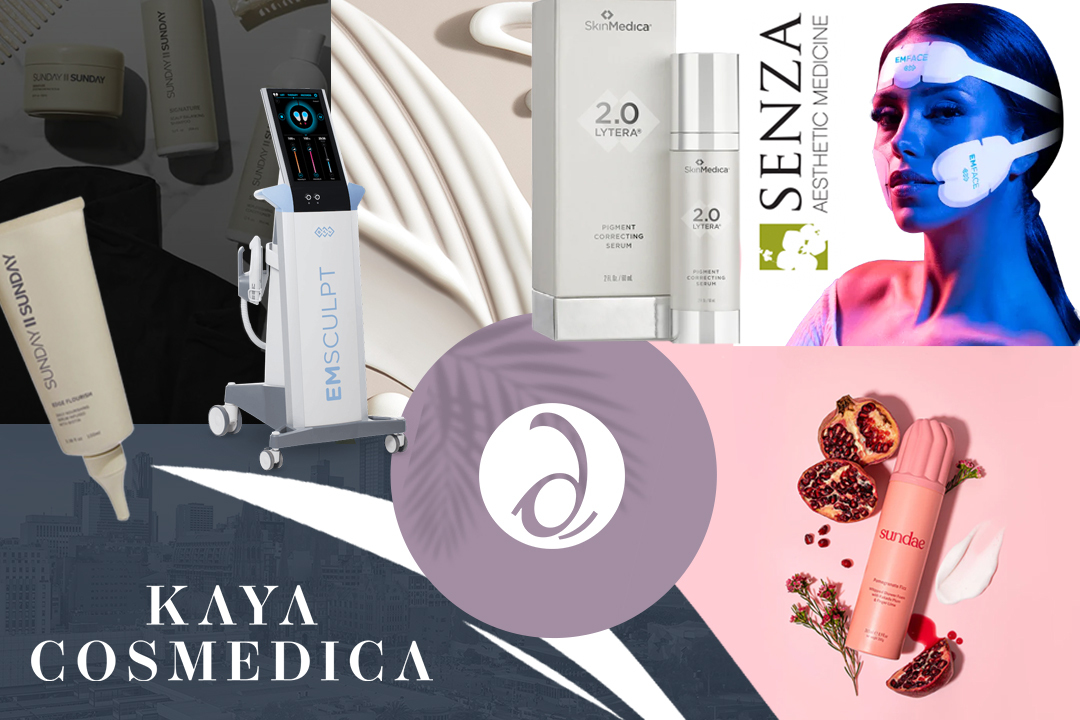 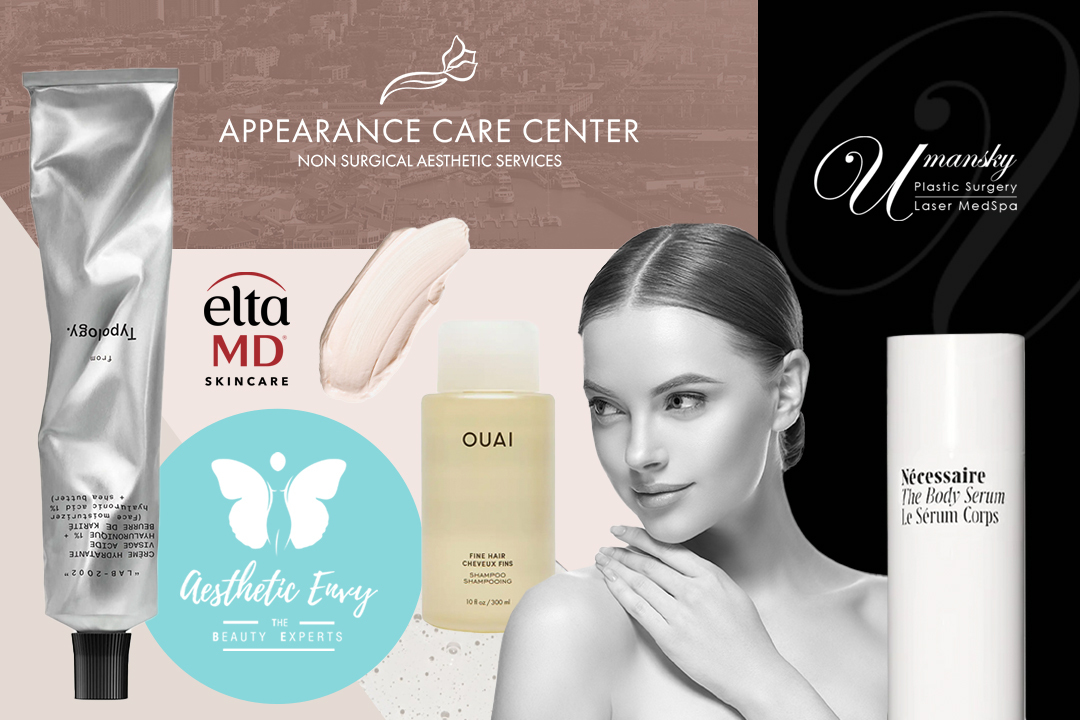