According to Demandforce, “By completing the business forms earlier in the search process, your clients will have a better, smoother experience from discovery to booking.”

This feature is available to Demandforce users that enable “Online Booking” in Intuit Local, and a handful of other players, too. As for everybody else… Sorry, but currently there is no way to request this feature. Well, you can fill out this form here and submit it to Google, then wait to see what happens.

One small step for Google, one giant leap for your medical practice? I doubt it.

One thing is certain: Google continues to think differently when it comes to optimizing its users’ search experience. But could this all just be smoke and mirrors? Maybe Google is just greasing the slicks to start charging businesses for leads, even though “book and appointment” leads will come primarily from existing patients. Maybe “think different” actually means “think green,” in which case Google wouldn’t be thinking differently at all (I smell a monetization/ad integration on the horizon… meh). No doubt this feature is convenient for certain situations, but its convenience might also mean less reliable leads. For example, since it’s so easy to book, you’re likely going to get more no shows/cancels from window-shoppers.

If you have Demandforce, or one of the other verified scheduling services, test it out. But don’t hold your breath.

Mashable said it best: Tweets Will Now Be Included in Google Desktop Searches

It’s been six months since Google announced their partnership with Twitter, and six months since we were promised tweets in search results. Rejoice… the day has come. Well, if you’re a massive brand or celebrity, like T-Swift.

Well, right now, it doesn’t. If they do fully roll out tweets for small businesses (i.e. your medical practice), it will likely only be for branded searches. If Google begins indexing businesses tweets for generic search queries, however, and not just for branded search queries like your business name, then having an active Twitter account could mean more search visibility and organic traffic. But that’s a big “If.” For now, keep your ears open.

The purpose of this integration is to encourage more non-Twitter users to get chummy with Twitter and to provide real-time news in Google’s search results (no money involved, so they say). However – dare I say -with the treasure-trove of Twitter user data accessibly by Google, it would certainly make it easier for Google to use Twitter profiles and tweets as ranking factors in search. SEOs have rumored that Google will eventually favor social behavior in their ranking algorithm over backlinks. However, Google’s inability to crawl private social pages has prevented them from doing so thus far (along with a host of other complications). Might this be a step in that direction? Possibly. But that’s another conversation entirely. Like I said, keep your ears open for now.

3. Instagram ads now available to all businesses as of this week

The experiment is over. It’s official, Instagram opened up its advertising platform to all businesses, big and small. Now you can start serving prospective patients ads on the fastest growing, highest user-engaged social platform in the world. That means 30-second video ads and clickable calls-to-actions, too.

With over 300 million active users and the highest engagement rates of any other social network, this announcement might just be a game-changer for your medical practice. Seriously.

What makes Instagram so special is its single-photo feed, where users can only view one post/photo at a time, void of distractions. That goes for ads, too.

And did they say 30-second video ads and clickable calls-to-action (links to your site)? Yes, yes they did.

Now you can reach a younger audience (90% of Insta users are under 35) and show your patients how you see the world, literally (it’s a photo-driven platform, get it?). And you can do it directly from Facebook’s ad manager. Well, they’re rolling out ads gradually, so they may not be available to you right now. But they will be. Hold on to your seat!

4. Google to provide instant information for over 900 health conditions

Google has been working with a team of medical professionals to curate information on over 900 health conditions (varicose veins, alcoholism, gynecomastia, etc.). And they plan on publishing their content directly in search, from the Knowledge Graph. In fact, they already started. The health condition Knowledge Graph includes visual aides, symptoms, treatment options and key facts. For now, this information is still only available to English-speaking searchers in the US.

According to Google’s official blog, “One in twenty Google searches are (sic) for health-related information.”

It may seem like this will have little effect on your medical practice’s website, but the ripple effect of the Medical Knowledge Graph could do some damage…

You might be thinking, “Well, I’m not trying to rank for top-of-the-funnel keywords like “varicose veins,” anyways. WebMD already owns that, so I go for long-tail keywords like “varicose vein treatment San Diego.” That’s great… for organic. But if you run PPC campaigns for broad keywords (e.g. “varicose veins”) to try and capture prospective patients early on in the buyer’s journey, your above-the-fold ad space just got smaller. By a lot. The entire right column of ads just got pushed down in favor of the Medical Knowledge Graph panel, especially in mobile. The top three ad spots didn’t budge, however. As a result, this could increase competition for the top three Adwords spots, jacking up cost per click (CPC) at the same time.

Or, we could see a rise in PPC competition for longer-tail keywords, too, in an attempt to make up for lost visibility from broad keywords. For example, since “varicose veins” pulls up the Medical Knowledge Graph, perhaps bidders will start to place higher bids on keywords that don’t show the Knowledge Graph, like “varicose veins treatment options.”

I wouldn’t sweat this change just yet, but it’s another manifestation of Google’s desire to keep users within Google as long as they can and still provide valuable answers. After all, the quicker they provide the answers to our questions, the better they become as a search engine, but the longer they keep us within Google, the more money they make. I know. It’s quite the paradox. But the longer we stay within Google, the higher chance of us discovering another Google property or clicking on more ads.

Google hints that they may use structured data in their ranking algorithm some day though the company has previously denied it.

Google’s John Mueller said in a Google Hangout this morning (at the 21:40 minute mark) that “Over time, I think it [structured markup] is something that might go into the rankings as well.”

What’s structured data? “Structured data refers to information with a high degree of organization.” In other words, it’s a way to provide context to the content on your website.

Though I don’t foresee structured data becoming the silver bullet of search any time soon, judging by Mueller’s comments, it will likely assimilate nicely with the other 200 ranking factors Google uses to rank websites.

Think about it… Google search spiders have gotten pretty darn smart, but they’re still machine-reading robots. But if they don’t need to make any assumptions about the content on your website, semantics included, simply because you’ve taken the time to structure your data, then why wouldn’t they prefer you in search? It makes sense. Check out Garrett’s article on medical Schema.org structured data for more information. 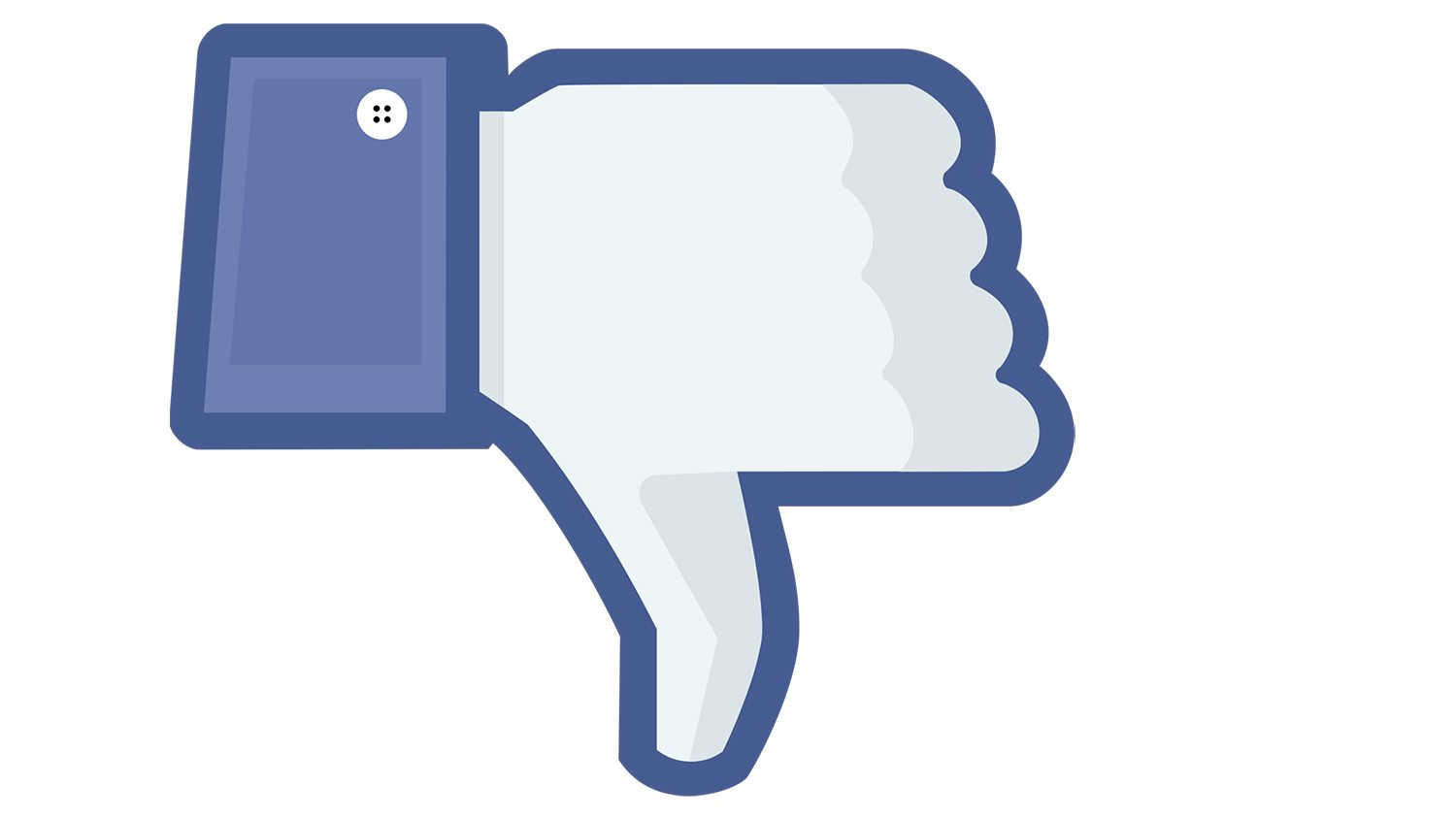 “Facebook’s famous “like” button, with its silhouette of an upturned thumb, will soon be accompanied by an alternative: a way to “dislike” a post.”

Users have been asking for a “Dislike” button for some time now, but will this turn into a classic case of, “be careful what you wish for?” As it turns out, trying to convey the complex range of negative emotions with one icon is extremely difficult, and, as you’ll learn, philosophical.

What if you post a success story of a recent patient who has undergone a life-changing cosmetic procedure, only to have several of your followers “dislike” the story? How will this make your patient feel about their newly discovered self-esteem? On the other hand, how awesome would it be to dislike your least favorite political pundit? (Just kidding. Kinda.)

The good news? Mark Zuckerberg, Facebook’s founder, is very aware of the potential negative ramifications of adding the “dislike” button:

“You don’t want to go through the process of sharing some moment that was important to you during your day and have someone down-vote it,” Mr. Zuckerberg said.

I expect the “dislike” button to either be an option you can add to your post before publishing, or, at the very least, represent a very nuanced version of what we’ve come to think of as a “down-vote.” Stay tuned for more…

Did we miss anything? If we did, then you’re up, Newshound (share in the comments)

6 Critical Steps in Reopening Your Practice After COVID-19